In 1870, an epidemic of quinsy and nerve fever or diphtheria wiped out entire families. The family of J. Siemon, eight in number, all died within twenty days, except for the second youngest, who actually escaped illness while living with the family. In Carl Strickert’s family, three children died, ages 5-7 and were buried Nov. 15, followed by two other children on Nov. 30. George Weben lost his wife and 19 year old daughter. There were 24 burials in one year. During 1880-1882 there was another epidemic of diphtheria, when fifteen persons died within two months.

Note that the recorder appears to have written "Strickart". 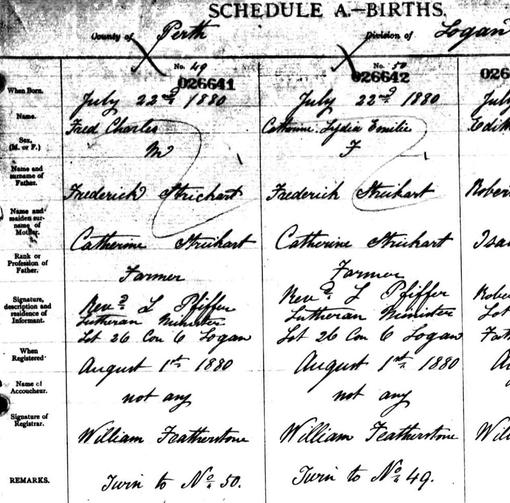